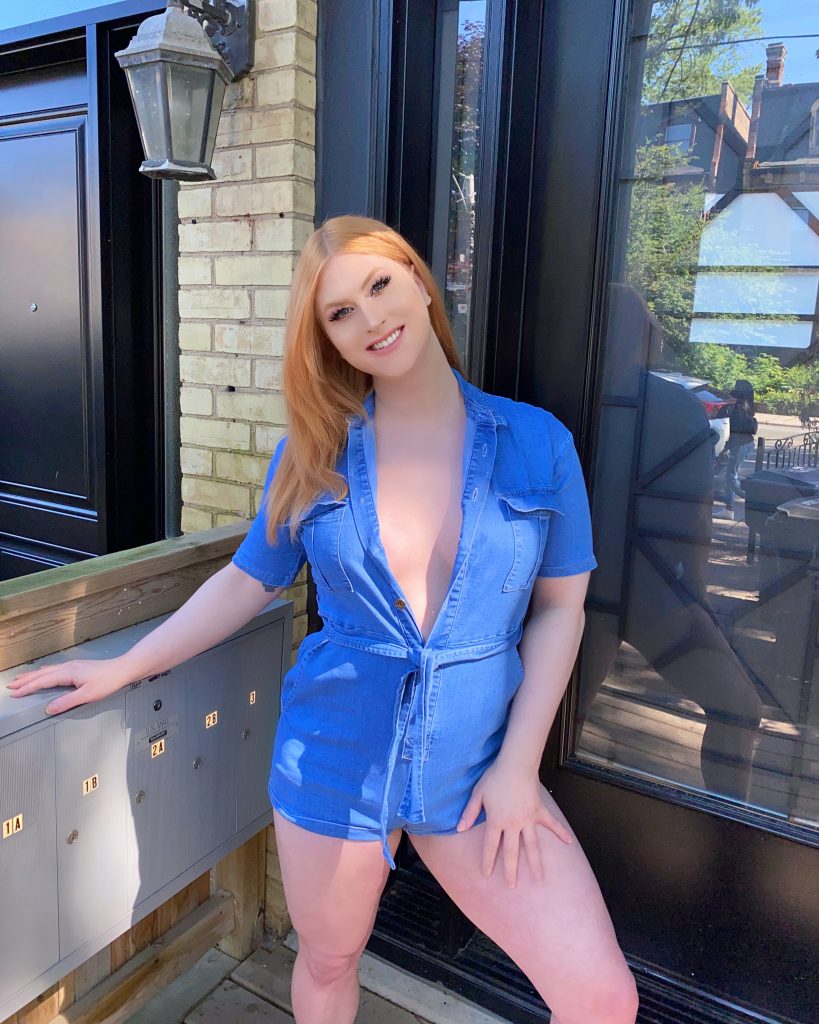 Envy built her brand up incrementally too, adding variable pieces and components as she moved deeper into the industry.

Both models have discovered that shooting adult content and camming go well together.

“These days, I basically just cam when I don’t have any shoots booked or am not shooting my own material,” said Maria. “And yes, you can cross-promote between each platform and you absolutely always should!”

Indeed: Doing “crossovers” helps cam models reach customers who may not be into camming.

And the best part?

“As with most jobs after so long it all becomes second nature,” she said. “You find what works for best you and what your preferences may be.”

So what it is like to split your time between camming and shooting adult content (for yourself and for third-party producers)?

“There’s a lot of similarities between the two like wardrobe, hair/makeup, toys, dialogue and lighting,” Maria shared. “But for me, camming is a bit easier because it just consists of me being at home, getting ready, having some adequate lighting and turning on my computer and webcam. For shoots you’ve got to find locations, have a photographer most times and have more detailed set design and lighting equipment. You also have to have an editor or be able to edit your own content.”

“Camming also is live where adult content shoots are not,” she further noted. “Some people may be better at doing shoots where they don’t have an audience of hundreds or thousands watching and talking to you. You can mess up and do a retake, whereas camming is live so you never know what can happen.”

According to Envy, camming’s live performances versus adult content’s recorded material is what really sets the two apart. This is also why camming remains a passion for her.

“What I love about camming and content platforms is that they allow you to connect with your fans on a deeply personal level,” she said. “You’re able to have genuine conversations and build real connections over time. It’s really beautiful. For me, I feel as though camming is more in the now. It’s real time video, whereas my content on OnlyFans is recorded and distributed. You do have the option to go live on OnlyFans as well, but it’s limited to your fans. Camming opens your live streams up to new viewers as well.”

For those cam models who still find the prospect of shooting adult content daunting, these crossover veterans have some sage advice.

“Don’t be afraid to expand and evolve!” Envy enthused. “In my opinion, crossover work is incredibly valuable because it gives you such a wide exposure to fans who frequent different platforms. Not everyone is on Twitter, not everyone uses cam sites, and so on. If you’re on a variety of platforms, you’re giving yourself the opportunity to connect with people you might not have met if you stayed in one place.”

“Just give it a shot,” Maria advised. “You never know what can happen. I think most performers would benefit from it, even if just a little.”

Allyson Creighton is a freelance writer and sex worker advocate with credits at various industry publications, including Transformation magazine. She can be found on Twitter at @Lovely1Allyson. Contact Creighton via allyson@ynotcam.com.